They say that magic is impossible to achieve but have you been in a place with a ceiling LED screen? If you believe that magic is not possible, you probably have not been in one. 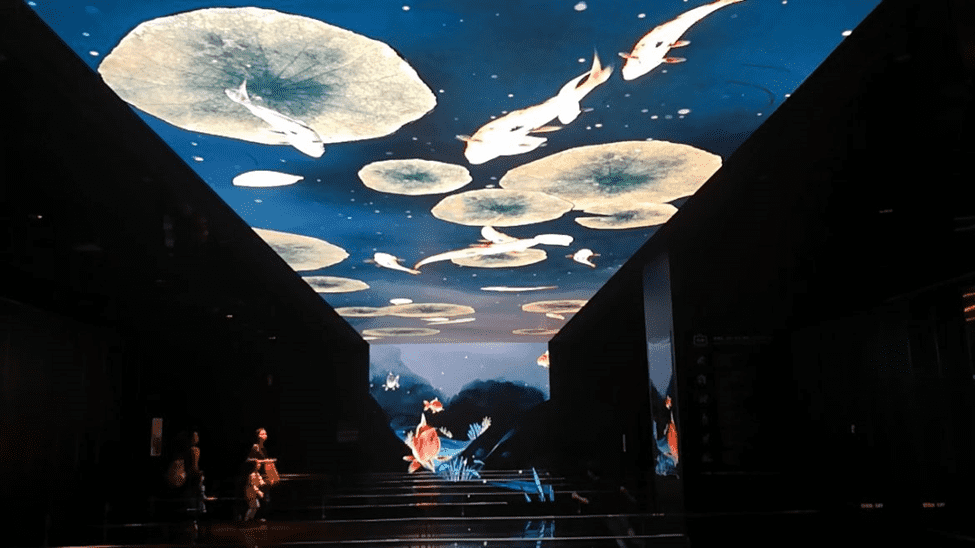 What is the Ceiling LED Screen?

A ceiling LED screen is used as a video display with a multicolored and vibrant exhibit that is usually installed on an indoor wall or ceiling of a commercial street. This video display includes an assimilating sound and amazing and gigantic lights and designs that will bring you into a fantasy-like world.

Features of a Ceiling LED Screen

Application of the Ceiling LED Screen

Ceiling LED screens are usually installed in different types of places. One of the most famous places where LED screen is installed is in shopping malls. Known brands love to use the LED screen to attract customers with the product they are selling. A big LED screen with a multicolored picture captivates their attention, which increases the chance to be seen and raise sales.

High-end hotels around the world also love to be creative by using ceiling LED screens. They want to draw the guest’s attention using big screens to learn more about the hotel.

Ceiling LED screens are also found on commercial pedestrian streets or central squares to use as social communication media. They also love to make it available at night to give entertainment to people. 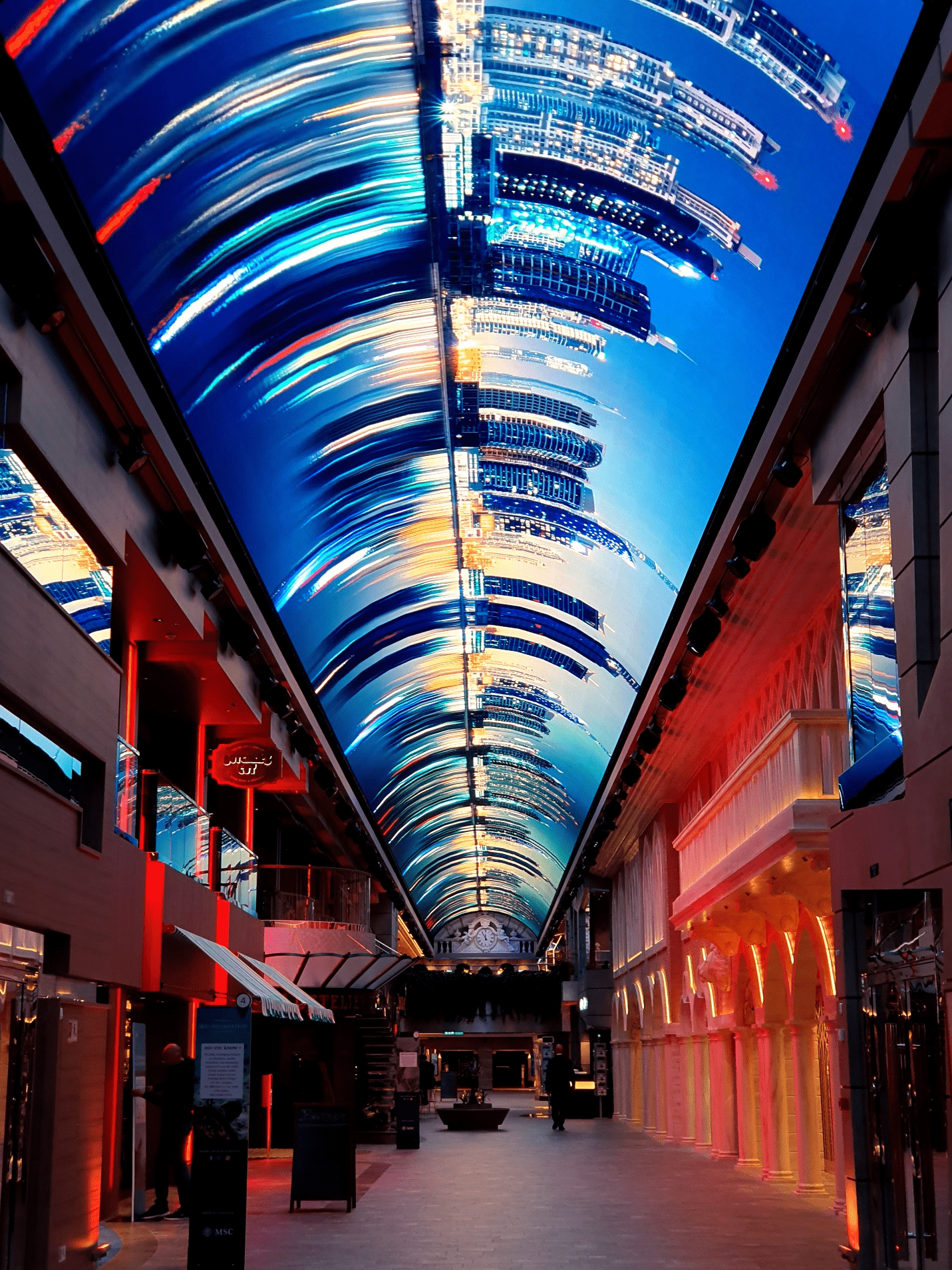 Benefits of the Ceiling LED Screen

Ceiling LED walls are far better than monitors because they are slim, and they have a sleek design, which makes them adjustable whenever and wherever you want to adjust them because they are thin and lightweight.

Consume Less Energy and Has a Long Lifespan

Ceiling LED screens consume less energy than monitors, which helps in saving much power! Comparing to LCD, LED screens are long-lasting. LCD commonly has a general operation that lasts about one year and a half; after that, it is usually replaced. However, the ceiling LED wall can last up to five years. They are eco-friendly than LCD who usually uses bulbs. With LED screens, you can save more money and have lesser time for maintenance!

Ceiling LED screens unarguably display a high-quality image and videos. It can either be moving like a movie or static like a painting, depending on what you like. The contrast is enhanced to the maximum level while having an enriched range of colors. It is claimed that LED ceilings are far better than traditional billboards. 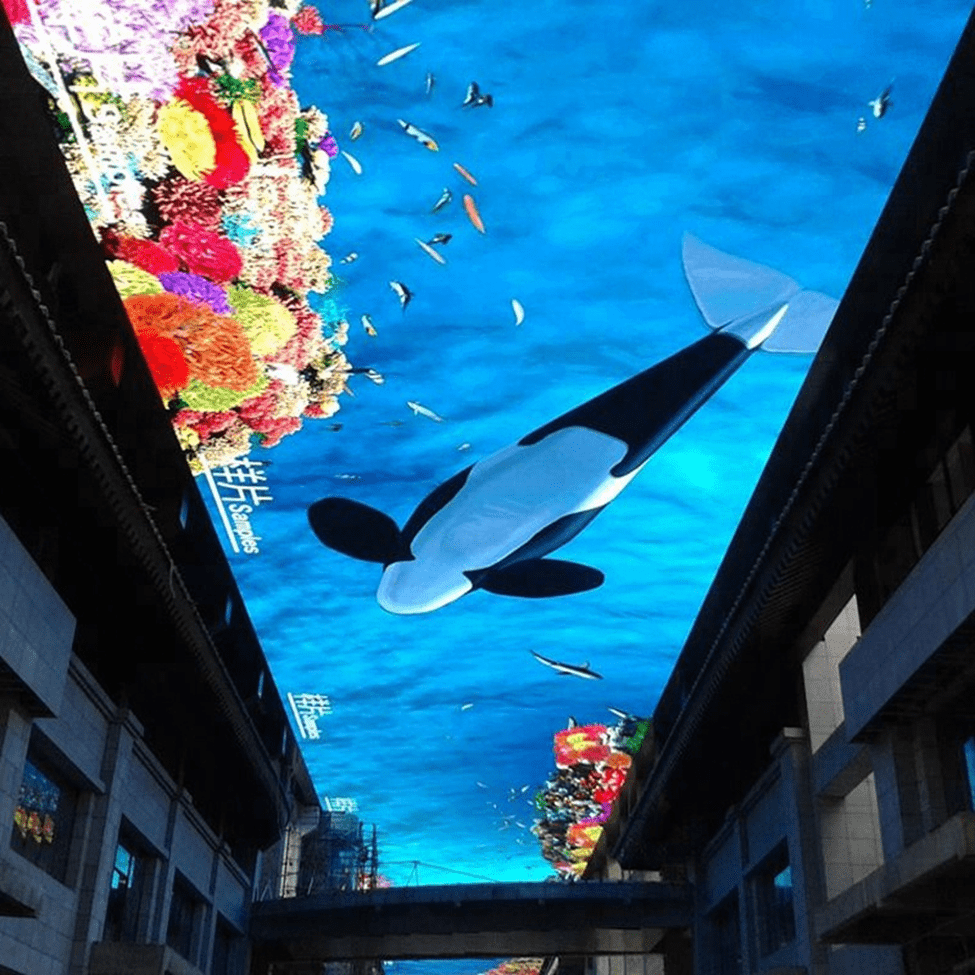 Ceiling LED screens are now used in different parts of the world, and Rigard LED is known for making LED screens. Rigard LED has won a significant market share in narrow pixel pitch LED displays, and offers solutions for indoor, outdoor, fixed and creative LED displays. The ceiling LED screen is one of creative products possessing all the benefits mentioned above. Rigard LED will not only provide an amazing solution of LED displays but would also a great service. If you want a company that would exceed to your satisfaction, contact Rigard LED now.