The Immersive 3D LED display allows people to watch the large 3D LED screen without wearing glasses. This is a new type of LED screen. Compared with the traditional LED screen, more differences come from the realistic 3D visual experience. The customized 3D video perfectly integrates the LED display into your building. It breaks through the functional limitation of only using the LED display for advertising. Instead, it helps build a new public multimedia space.

How to make a glasses-free 3D LED display?

Below, let’s briefly introduce its principle.
As we all know, our human brain is an extremely complex nervous system. And everything the human eye sees is actually three-dimensional.
What a person’s two eyes see are actually two tiny different pictures. And this subtle difference is achieved due to the small distance between the two eyeballs of a person.
This subtle difference allows the brain to calculate the spatial coordinates between objects. We can also feel the distance and size of objects, which is the sense of 3D space. 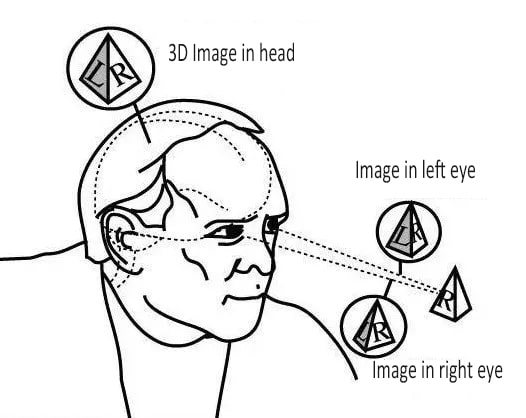 In this way, the two glasses can obtain the images of the left eye and the right eye respectively, and then present 3D image in the brain. 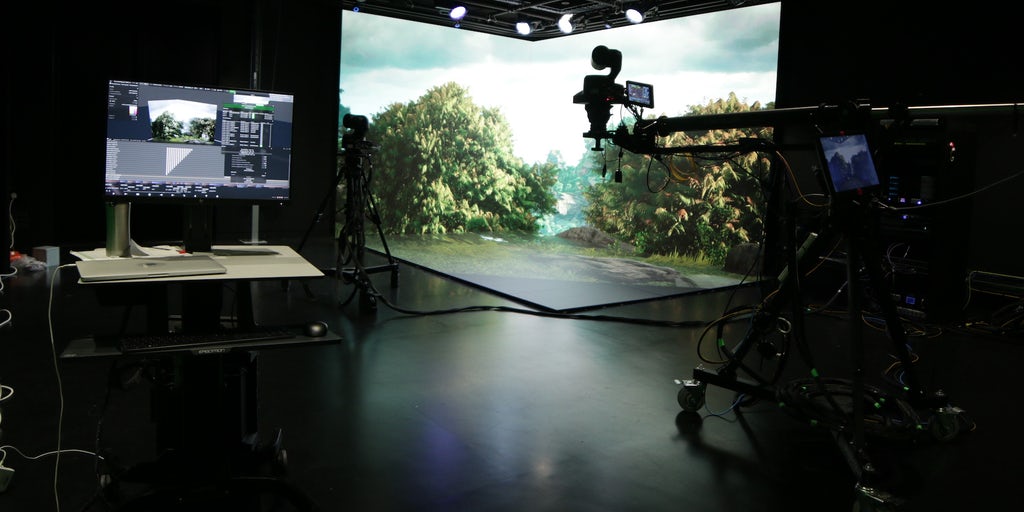 How to make a 2D image produce a 3D effect?

1, Reference Object
One key is to make good use of the reference object.
The screen constructs a 3D effect with the help of the distance, size, shadow, and perspective relationship of the reference object.
We divide the ordinary picture into several layers by white lines, and then enable the animation part to “break through” the white lines, covering other elements of the layer, and then using the parallax of the eyes to form a 3D illusion.
The 3D wave screen of the SM building uses the shadow of the background as a static 3D reference line, so that the moving waves have a feeling of breaking through the screen.

2, Curved LED Screen
This is not enough.
Have you discovered that the recent popular 3D screens are all angled curved screens composed of two faces?

That is to say, they use the two walls at the corners.
The display screen folds 90°, using video materials that conform to the perspective principle. The left screen displays the left view of the image, and the right screen displays the main view of the image.
When people stand in front of the corner, they can see the side and front of the object at the same time, showing a realistic 3D effect.
The following is a simplified animation of 3D ocean waves to show you the principle.

3, Specially-made 3D Video Contents
The most important factor to create glasses-free 3D led screen is the 3D video content.
Do you know how important video material is to create a 3D display?
Even a flat LED display screen, it can produce a good 3D effect with the right content.

This introduction of Immersive 3D LED screens has completely changed the concept of the traditional LED Display. The crowds of the latest times are more attracted by fancy visuals that are only possible with the help of LED screens. RIGARD provides an unprecedented opportunity to get LED screens for casinos that can change the outlook of your LED Display Business. Made with internationally established standards, the elements included in these screens are of high quality. The distinctive feature is that it is 15% light compared to other LEDs, which makes it convenient for a variety of usage. To make your LED Display Business even fancier to impress the masses, you can get RIGARD’s soft LEDs in both flat and curved configuration.