In recent years, the popularity of 5G network, the upgrade of digital services, the application of conference visualization, the in-depth practice of smart cities and the continuous expansion of the security monitoring market stimulate the development of HD display market segmentation. HD display, which is being upgraded from 4K display to 8K display, is gradually becoming the development vane of the current display technology. 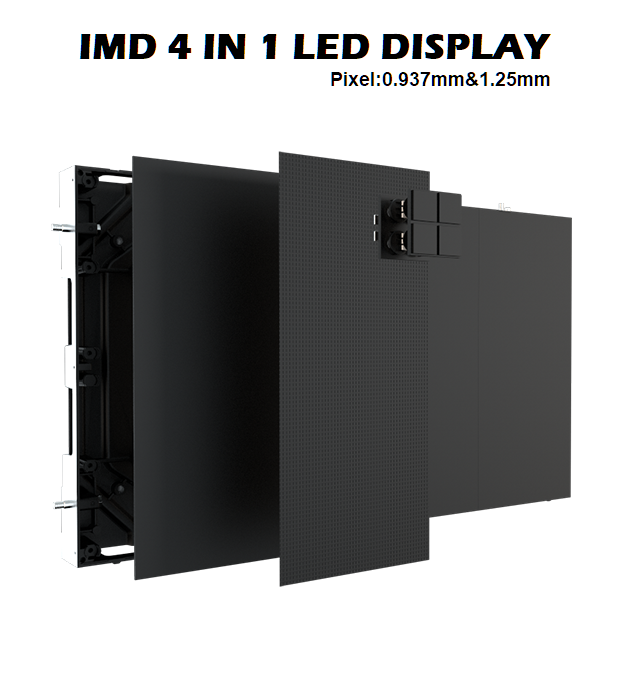 As the size of LEDs gets smaller, the ability to pick up and accurately place it becomes increasingly difficult. The challenges of packaging technology contribute to high cost, making small pixel pitch LED video walls still have a long way to go to achieve mass production. The LED display industry has been looking for newer ways to reduce costs and allow for smaller pixel pitches.

Historically, LEDs were diced from epitaxial wafers, placed in surface-mount packages, wire-bonded at the appropriate location, and encapsulated in epoxy or silicon, which is known as SMD technology. The changes in the way LEDs are packaged can be described as a new packaging technology that packages the LED chip, rather than the LED lamp, directly onto the PCB, known as COB.

In the past few years, SMD and COB technologies have been dominating the small pixel pitch display market. We have also always heard opinions about COB winning over the traditional SMD with various technical advantages. However, to this day we find that the most popular solution for small pixel pitch LED displays represented by P0.9 LED displays is neither SMD nor COB, but IMD. 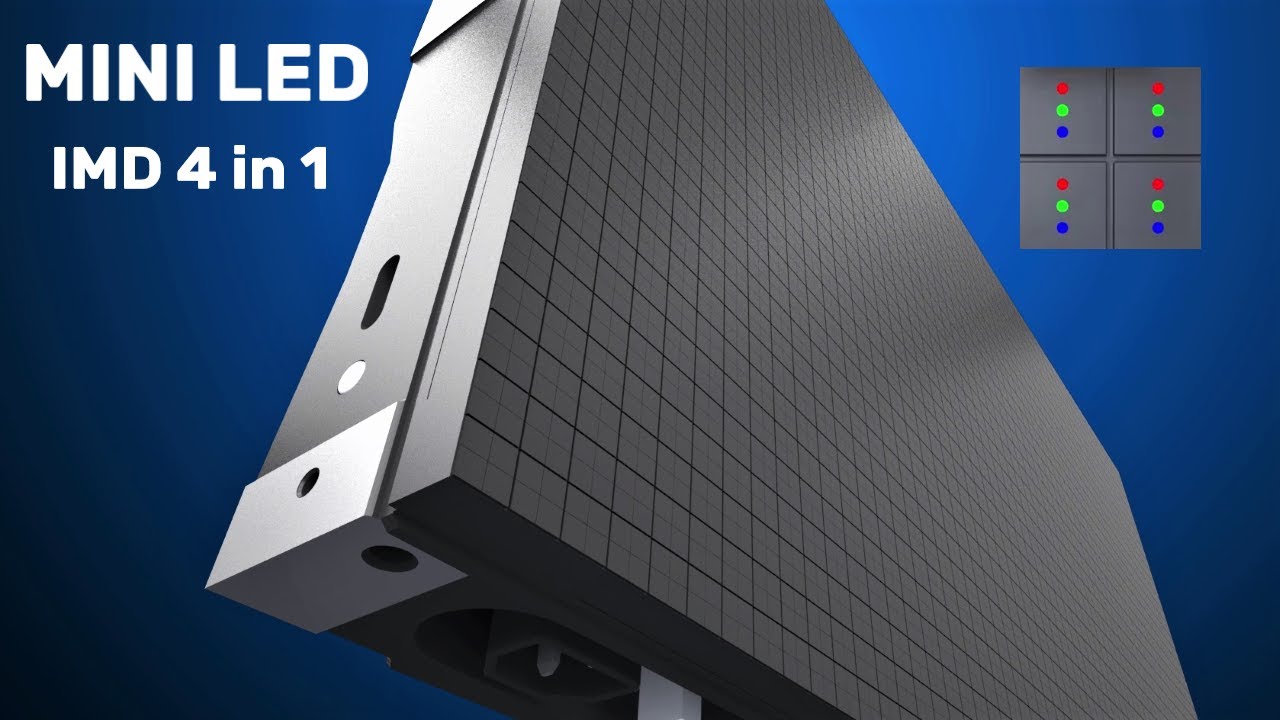 What is IMD LED Display?
IMD (Integrated Matrix Devices) refers to the packaging of two, four, six or more groups of RGB diodes in a small unit, also known as “N-in-1”. Typical IMD models are generated as 2*2 or 4-in-1 packages, where each 4-in-1 package includes four SMDs and each SMD includes three chips (red, green, and blue).

IMD is an intermediate product between SMD and COB, combining the advantages of both. IMD is a new generation of LED packaging technology that meets the current market demand in terms of both appearance and performance.

Differences between IMD and COB/SMD 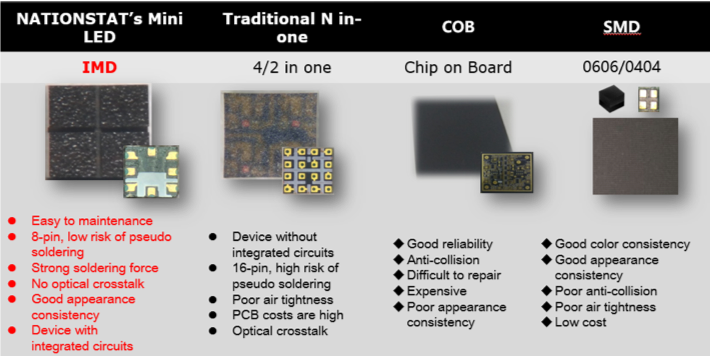 Higher reliability and protection performance
LED display screens must be transported over long distances to reach the client, and they will inevitably be bumped during the process of installation to put into use. Therefore, the protection of LED display screens is one of the important factors considered by LED display manufacturers and the rental market. As both IMD and COB are using integrated packaging technology, the hermeticity and reliability have made a qualitative leap compared with the traditional SMD, meeting the requirements of customers at this stage.

SMD technology has physical limitations that make it the best solution to produce LED displays with a pixel pitch close to 1.2mm. Further reduction in pixel pitch would result in high costs. IMD technology, on the other hand, can achieve mass production of smaller pixel pitch LED displays, such as P0.8, P0.6, P0.4 LED screens, in a short period of time and at a very low cost.

More stable color consistency
IMD inherits the long-accumulated sorting technology of SMD, which makes it have good color consistency in display effect compared with current COB, without the problem of poor appearance and lighting uniformity. Although COB has also improved in color consistency, it is not as stable as IMD, and sometimes there are batches of errors. To reduce this risk, COB usually uses fixed chips for chip bonding. However, this approach does not guarantee that the optoelectronic parameters of all LED components are within a reasonable range after repair, which requires engineers to perform point-by-point calibration. As a result, COBs cost more than IMDs to achieve the same level of color consistency. 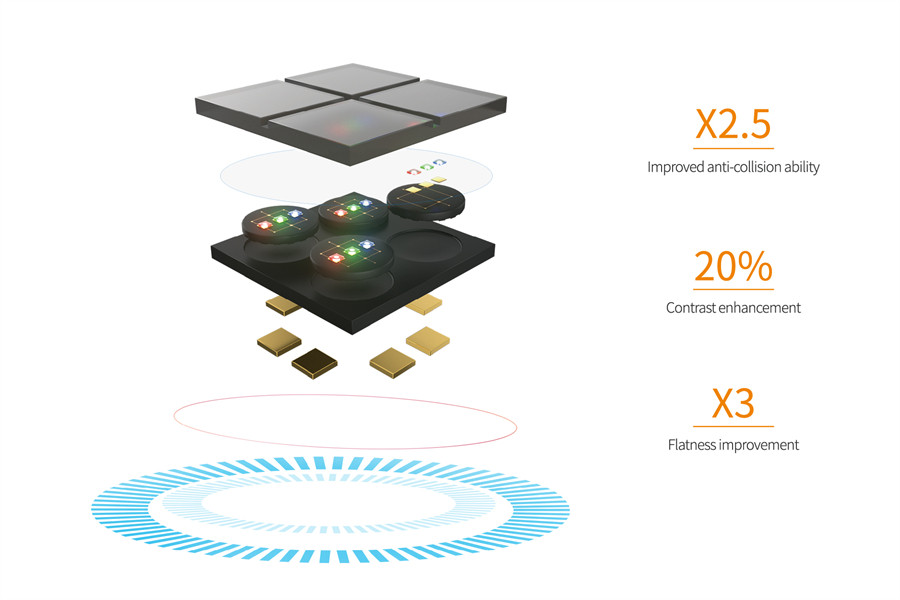 All in all, IMD offers better crash protection and more possibilities for smaller pixel pitches than conventional SMD. Compared with COB, IMD has higher color consistency and lower maintenance cost, especially when only a single diode needs to be repaired. IMD combines the advantages of traditional SMD and COB to properly solve the problems of damage protection, black level consistency, seamless stitching, light leakage, and maintenance. With higher contrast, higher integration, easier maintenance and lower cost, it is the ideal technology for the evolution to finer pitch.