The majority of current movies are projection-based, i.e., the projector projects the movie content on the curtain or screen. The curtain directly in front of the viewing area, as the internal hardware setting of the cinema, is the most important factor affecting the viewing experience of audiences. In order to provide audiences with high-definition picture quality and a rich viewing experience, the curtain has undergone an upgrade from the initial simple white cloth to an ordinary screen, giant screen, and even dome and ring screen, with a huge change in picture quality, screen size, and form.

However, as the market becomes more demanding in terms of movie experience and picture quality, projectors are gradually showing their downside. Even we have 4K projectors, they are only capable of achieving HD pictures in the center area of the screen but defocus around the edges. In addition, the projector has a low brightness value, which means that only in a completely dark environment can viewers see the movie. What is worse, the low brightness can easily cause discomfort such as dizziness and eye swelling from prolonged viewing. Furthermore, the immersive visual and sound experience is an important measurement factor for movie viewing, but the sound system of the projector is difficult to meet such high requirements, which urges theaters to purchase a separate stereo system. It undoubtedly increases the cost for theaters.

In fact, the inherent flaws of projection technology have never been solved. Even with the support of laser light source technology, it is difficult to meet the audience’s demanding requirements for ever-increasing picture quality, and the pressure of cost has prompted them to seek new breakthroughs. In this case, Samsung launched the world’s first Cinema LED Screen at CinemaCon Film Expo in March 2017, which heralded the birth of the cinema LED screen, whose advantages happen to cover the shortcomings of traditional movie projection methods. Since then, the launch of the cinema LED screen has been considered a new breakthrough for LED screens into the field of film projection technology.

Features of Cinema LED Screen over Projector’s
Cinema LED screen refers to a huge LED screen made of multiple LED modules stitched together combined with driver ICs and controllers to display perfect black levels, intense brightness, and brilliant colors, bringing audiences an unprecedented way to watch digital cinema. Cinema LED screen has surpassed the traditional screen in some aspects since its launch while overcoming its own problems in the process of entering cinema screening, boosting confidence for LED display suppliers.
• Higher Brightness. Brightness is one of the biggest advantages of cinema LED displays over projectors. Thanks to self-illuminating LED beads and a peak brightness of 500 nits, the cinema LED screen does not need to be used in a dark environment. Combined with the active light-emitting method and the diffuse reflective design of the surface, the cinema LED screen ensures uniform exposure of the screen surface and consistent display of every aspect of the image, which are the advantages that are difficult to counteract with traditional projection methods. Since cinema LED screens do not require a completely darkened room, it opens new doors for theaters, game rooms, or restaurant theaters to further enrich cinema services.

• Stronger Contrast in Color. Cinema LED screens not only perform better in non-dark rooms but also produce deeper blacks given the active light-emitting method and compatibility with various HDR technologies to create stronger color contrast and richer color rendering. For projectors, on the other hand, the contrast between color pixels and black pixels is not significant as all projectors shine light onto the screen through the lens.

• High Definition Display. The rapid development of digital film and television has higher requirements for high-definition displays and innovative displays, while the cinema LED screen is just right to meet this demand. Along with the breakthroughs and innovations in small pitch display technology, small pixel pitch LED displays do have the advantage of allowing 4K content or even 8K content to be played. Moreover, their refresh rate is as high as 3840Hz, making it greater to handle every detail of an image than a projector. 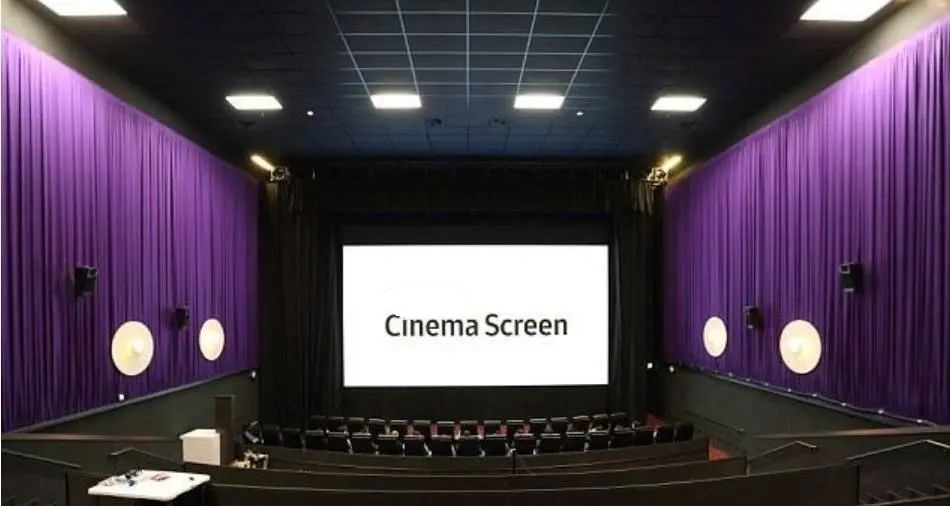 • Longer Lifespan. It goes without saying that LED screens last up to 100,000 hours, three times longer than projectors, which typically last 20-30,000 hours. It effectively reduces the time and cost of subsequent maintenance. In the long run, cinema LED screens are more cost-effective than projectors.

• Easy to Install and Maintain. The cinema LED wall is made by stitching multiple LED modules together and it supports installation from the front, which makes the cinema LED screen easier to install and maintain. When an LED module is damaged, it can be replaced individually without dismantling the whole LED display to repair.

The Future of Cinema LED Screens
The future development of cinema LED screens does have unlimited prospects, but limited by technical barriers and DCI certification, most LED display manufacturers have failed to enter the cinema market. Nevertheless, XR virtual filming, a hot new market segment in recent years, opens up a new path for LED screen manufacturers to enter the movie market. With the advantages of more HD shooting effects, less post-production, and more virtual scene shooting possibilities than the green screen, virtual production LED wall is favored by directors and has been widely used in film and TV series shooting to replace the green screen. Virtual production LED wall in film and television drama shooting is the application of LED screens in the film industry and facilitates the further promotion of the cinema LED screen. 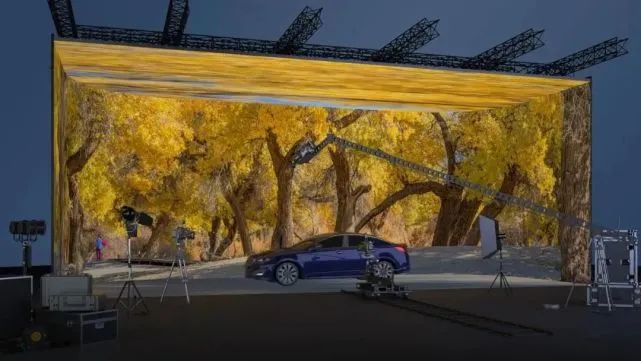 If you are considering investing in an LED display screen for virtual cinematography, RIGARD’s narrow pixel pitch LED screen is the solution to help you achieve your goal. With a high refresh rate of 7680Hz and 4K/8K resolutions, it can produce high-quality video even at low brightness compared to green screens. Some famous screen formats, including 4:3 and 16:9, are easily accessible in RIGARD. If you are looking for a complete video production configuration, or have more questions about cinema LED screens, feel free to contact RIGARD.